Crow Holdings is a real estate investment and development firm established nearly 75 years ago by founder and industry icon Trammell Crow. His original vision for the firm lives on today: a company imbued with a spirit of partnership, a culture of camaraderie, and a steadfast commitment to doing business with integrity. Crow Holdings is guided by the past, inspired by the future.

A History Rooted in Partnership

Our long-standing relationships and deep expertise come from decades of leadership in real estate. Over time, the firm has evolved and innovated, adapting its focused strategy based on secular trends and responding to shifts in the business and economic landscape. Trammell Crow builds his first warehouse in the Old Trinity Basin in Dallas – the foundation of Crow Holdings.

Trammell Crow develops the Dallas Market Center, establishing his reputation as a real estate innovator and leader in the trade mart space. Later developments include the World Trade Center in Dallas and the Brussels International Trade Mart.

Trammell Crow expands into office development with the construction of the Hartford Insurance building, his first of many in downtown Dallas.

Outside of Dallas, Trammell Crow and his partners built centers in urban core areas, like Peachtree Center in Atlanta (1965), which included one of the first atrium hotels in addition to the office buildings, and the Embarcadero Center in San Francisco (1971).

Trammell Crow builds and opens the Anatole Hotel in Dallas. Trammell Crow continues to demonstrate leadership in the hotel space, creating the Wyndham Hotel Company in 1981.

From the success of TCR, many multifamily development companies got their start or grew dramatically with Crow Holdings alumni often at the helm. AvalonBay Communities, Gables Residential, BRE, AMLI Residential, to name a few.

Crow Holdings relocates its headquarters to Old Parkland in Dallas.

Crow Holdings Development expands into office development, specializing in the creation of state-of-the-art workplace environments with world-class amenities and services.

Crow Holdings continues to be guided by the past and inspired by the future as the company expands on its legacy.

Trammell Crow develops the Dallas Market Center, establishing his reputation as a real estate innovator and leader in the trade mart space. Later developments include the World Trade Center in Dallas and the Brussels International Trade Mart.

Like many of Mr. Crow’s projects, the DMC evolved over time. Over the next three decades he added countless new concepts and expansions to create the Dallas Market Center, including the Trade Mart, Apparel Mart, Market Hall, InfoMart, and the World Trade Center – the first of its kind in the world.

The Dallas Market Center was one of Trammell Crow’s proudest accomplishments, and one of the things for which he received the highest praise. “I have not done anything which has brought forth acclaim, compliments, words of honor, and all manner of such things as the development of the Dallas Market Center,” he later wrote.

In 1973, Trammell Crow took his concept global with the Brussels International Trade Mart to serve as the wholesale marketplace for fashion, furniture, gift and decorative accessories retailers across Belgium. Its campus includes The Trade Mart and The Buro & Design Center and is home to over 700 wholesale showrooms. Encompassing almost 1.5 million square feet of permanent showroom facilities on a 38-acre campus, the Brussels International Trade Mart is one of the largest market centers in continental Europe. The Anatole Hotel was developed in 1979 on a 52-acre campus in Dallas. When first opened, the Anatole featured 900 guest rooms and a high-rise atrium.

Sill owned by Crow Holdings today, the Hilton Anatole features two atriums, a 27-story tower, and 1,606 luxuriously appointed guestrooms with first-class in-room amenities. The hotel offers more than 600,000 square feet of event space as well as one of the largest and most intriguing private art collections in a U.S. hotel. Located in Dallas, Texas, the Old Parkland campus was meticulously planned to inspire camaraderie among tenants, to encourage collaboration among businesses, and to provide a lush, collegiate-like setting as a counterpoint to the typical office park. Throughout the campus, interiors are luxuriously appointed with art and historic memorabilia, while the rich legacy of the grounds has been preserved and adapted to the modern needs of business.

Founded in 1894, at a time when Dallas was beginning to take shape as a city, Old Parkland served the community through two World Wars as a teaching hospital and innovator in medical technologies. While the hospital moved in the latter half of the 20th century to a new location, the original buildings remained in use for a variety of city and county services.

In 2006, Crow Holdings acquired the historic landmark with plans to preserve, renovate, and develop the almost 12.5-acre property as Dallas’ premier office campus. When the beautiful restoration was completed in 2008, what had previously been just echoes of the campus’s original luster would now be brought to stunning life. Walking the grounds provides a constant reminder of the past, alongside a persistent vision for the future.

In the years since Crow Holdings purchased Old Parkland, the campus’s development has evolved organically. What began as a renovation project has grown into a full business campus with over 10 buildings spread across 12.5 acres, filled with lawns and shade trees, vibrant common spaces, and enough paintings and sculptures to fill a museum.

More than its physical beauty or historical legacy, what makes Old Parkland unique is the people who call it their professional home. In addition to serving as the headquarters of Crow Holdings, the campus serves nearly 150 companies and over 1,000 people. Tenants include public charitable foundations, financial services companies, and family offices.

From its inception to its modern makeover, Old Parkland has been rooted in a commitment to innovation and to the community. 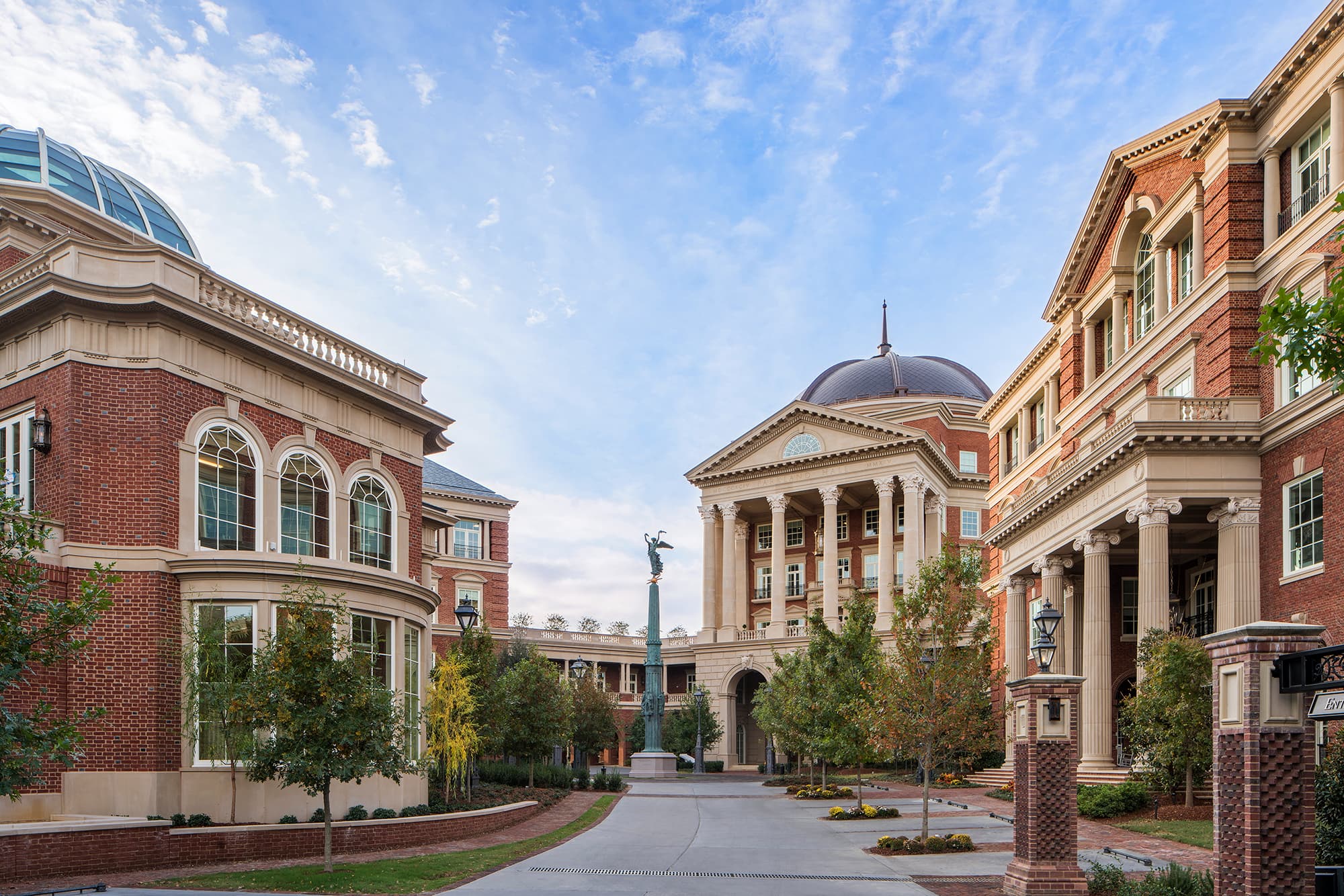 From his earliest days as a developer, Trammell Crow sought partners who provided the land or capital that allowed him to pursue a vision. “Genuine partnership is the ideal business form,” he said. “Sharing the efforts and the fruits, the risks and rewards. When embraced with full and proper spirit, it works magic.” That spirit of partnership is intrinsic to Crow Holdings today, and alignment is the cornerstone of our foundation. There is a culture of long-term partnership and trust as we work with leading global investors through funds, co-investment opportunities, and joint ventures to pursue attractive real estate investment and development opportunities across the country. 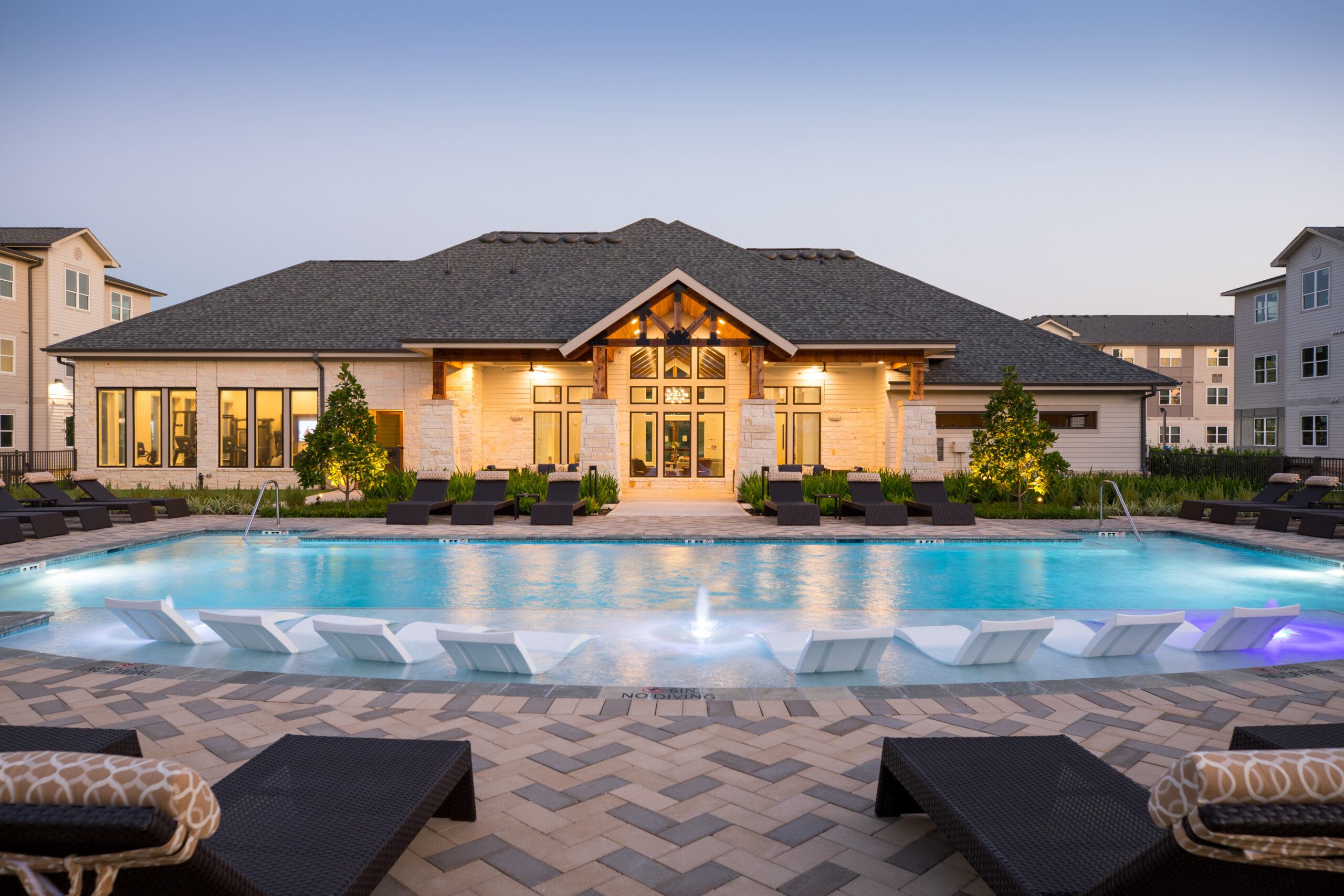 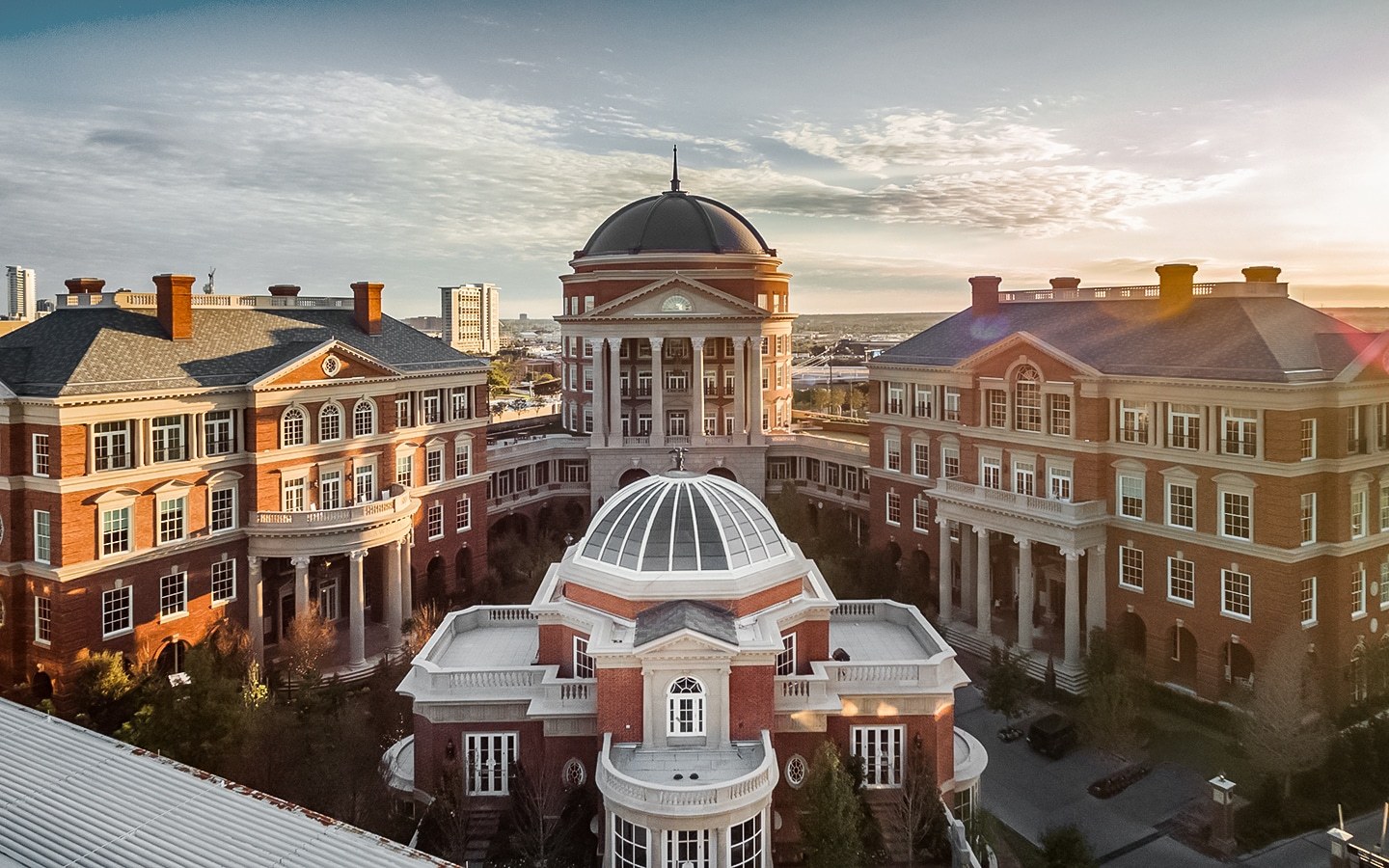 Building for a Better Future

Crow Holdings builds and invests with a sense of purpose and responsibility, to positively impact communities, driving social and economic value. The company weighs a variety of sustainability factors in connection with the acquisition, development, and ownership of its real estate properties. On development projects, we implement features that reduce energy use, lower costs, and promote green living, and the teams design and build to meet and exceed local and state green building standards. We understand the increasing importance of ESG to our investors, and we are focused on continuing to expand and improve our program. Our properties, and our specific strategies around attainable housing, are geared to meet this focus directly and with vigor.

In addition, our investment management team, Crow Holdings Capital, believes Environmental, Social and Governance (“ESG”) considerations may impact investment outcomes. As a result, Crow Holdings Capital strives to focus on ESG throughout the investment lifecycle in order to invest with a sense of purpose and responsibility, to positively impact communities and to add social and economic value. Click here for more information. 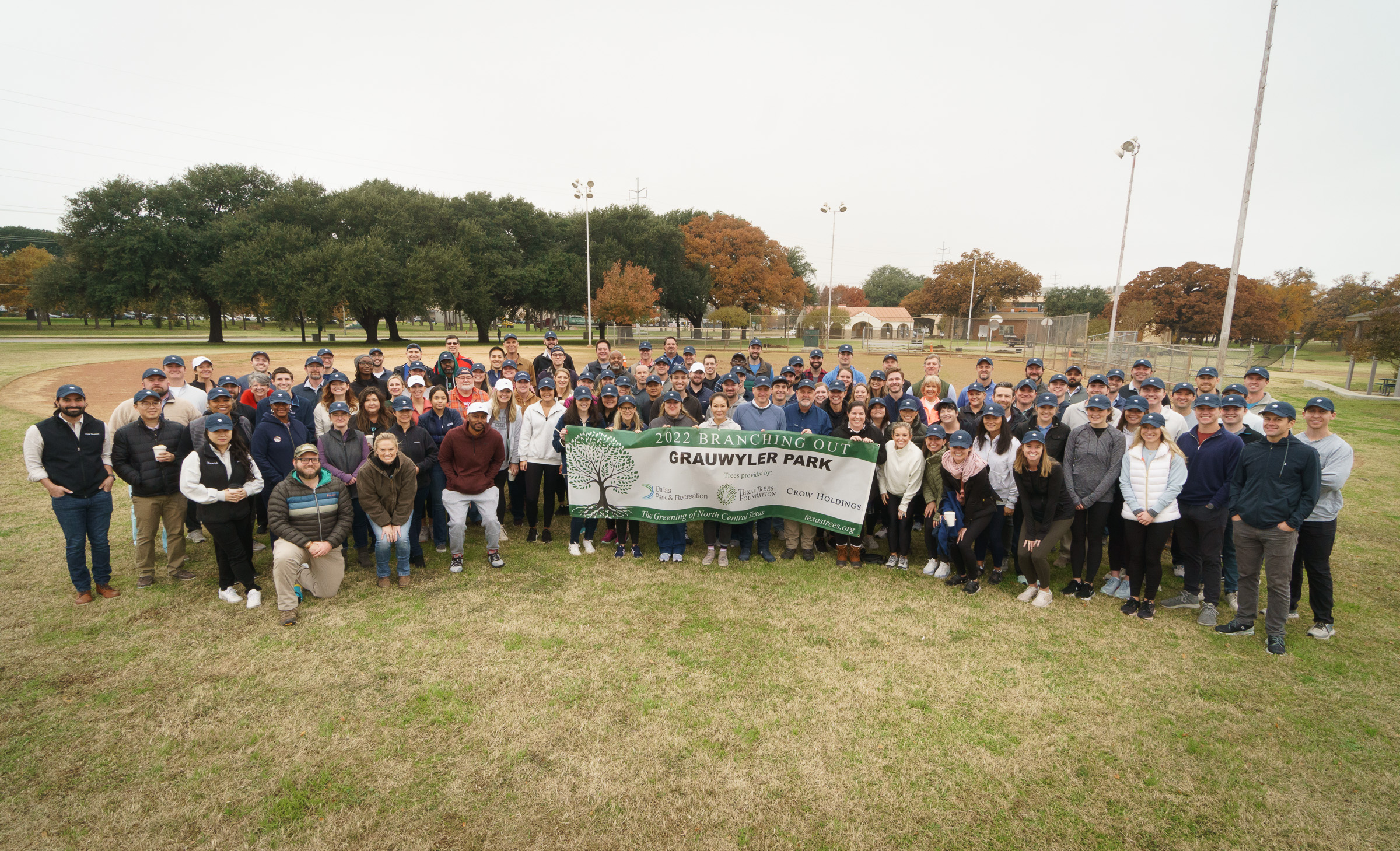 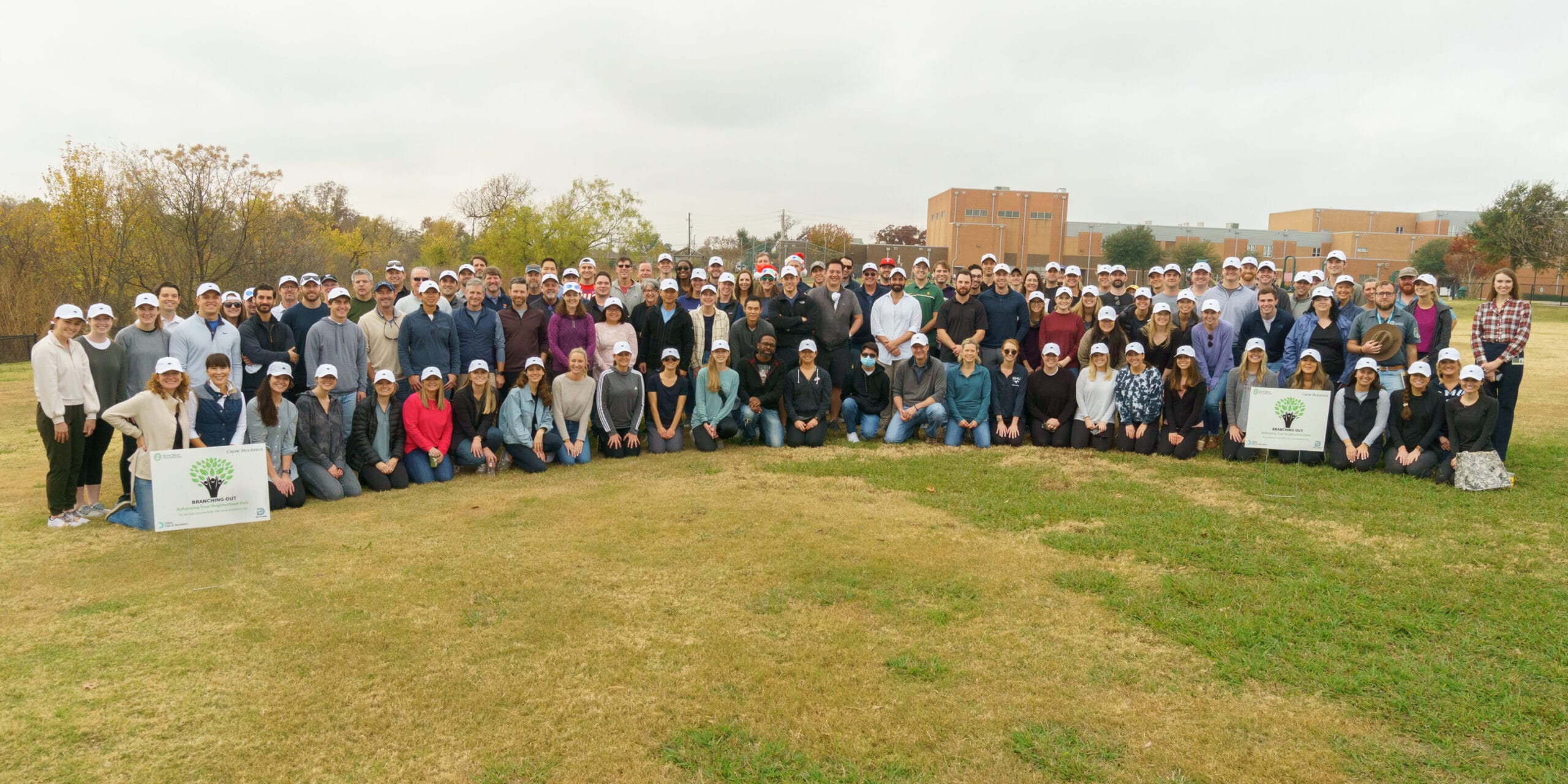 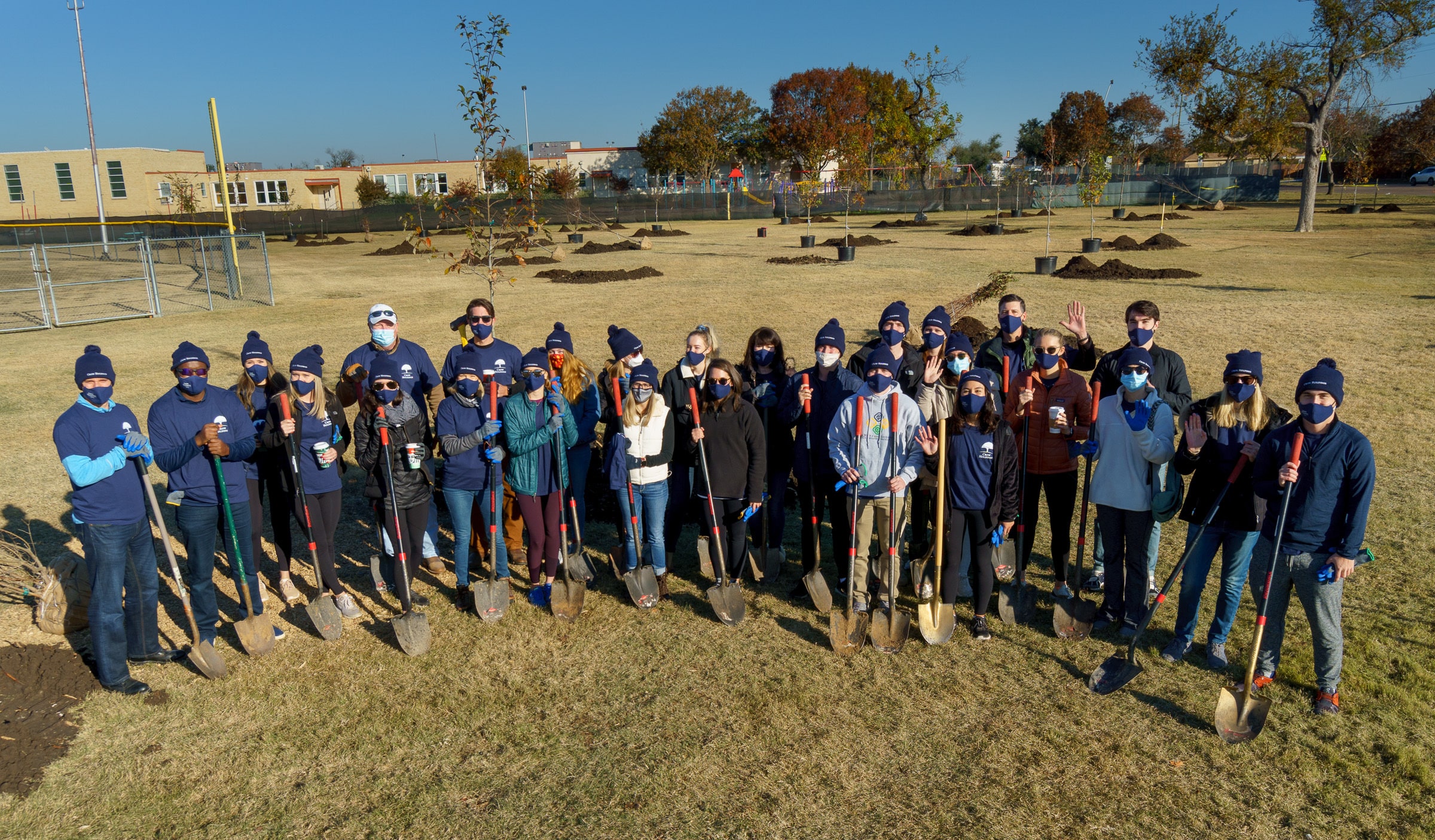 Crow Holdings continues its partnership with the Texas Trees Foundation and the City of Dallas by planting 50 trees at Dallas Walnut Hill Park. 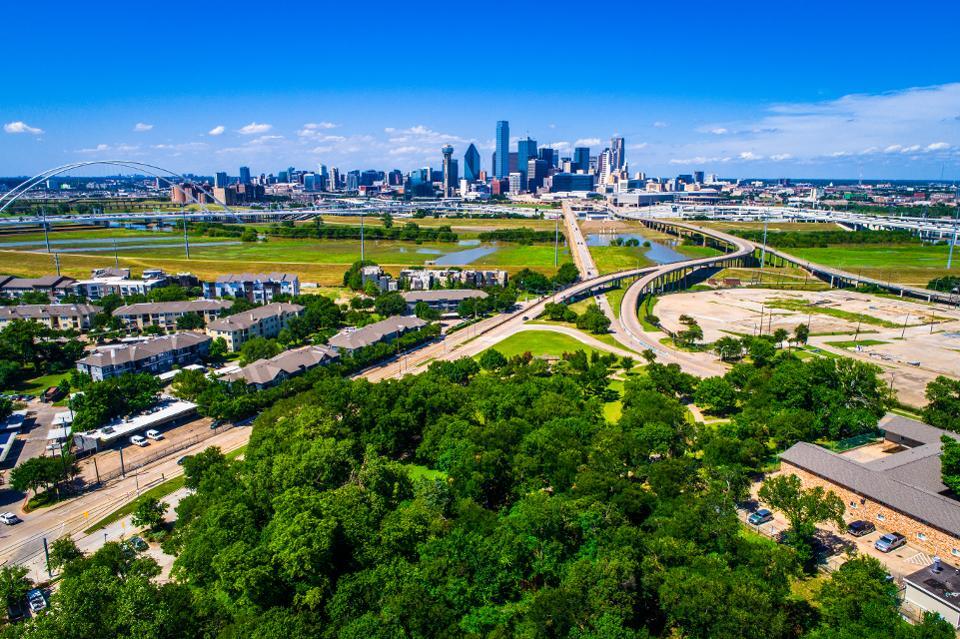 Crow Holdings follows in the footsteps of their founder Trammell Crow, when they team up with nonprofits Texas Trees and the Arbor Day Foundation to plant upwards of 50 trees at Kidd Springs Park. 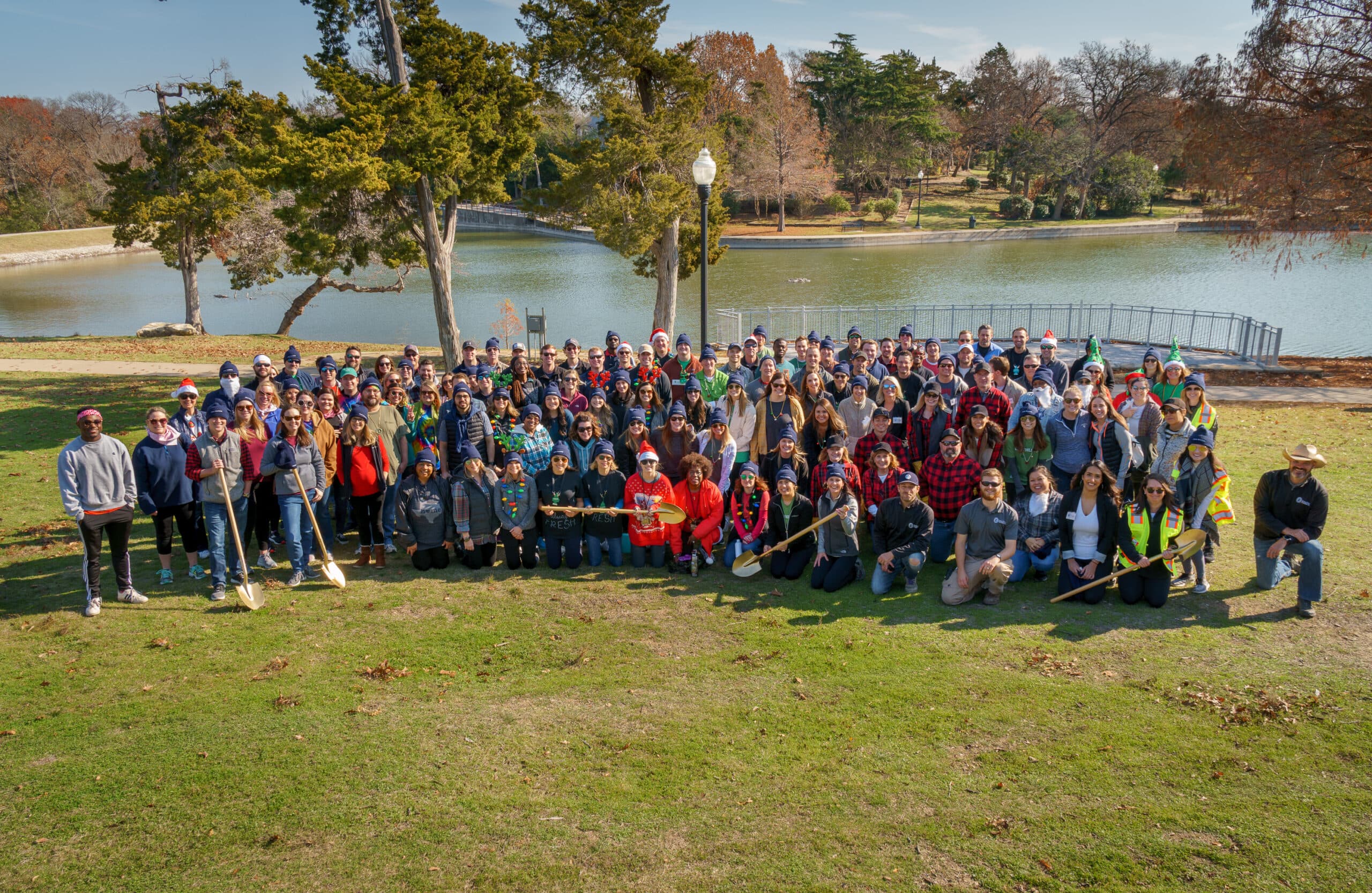 Crow Holdings teams up with Texas Trees Foundation and Arbor Day Foundation to replant 50 trees in a local park as part of a city-wide reforestation initiative.